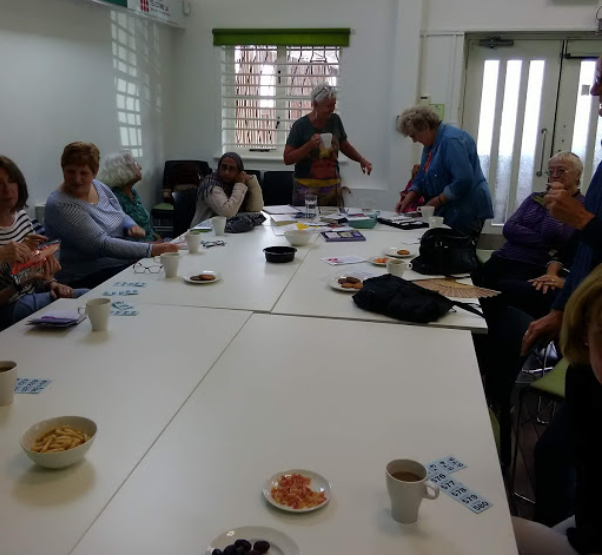 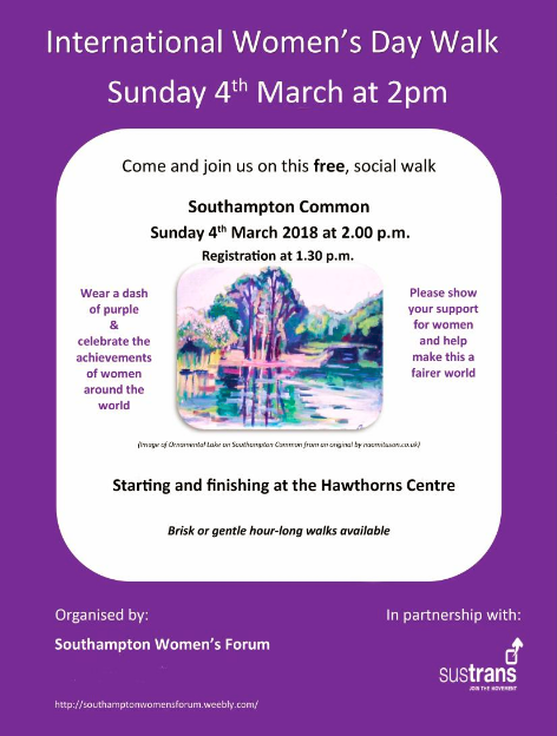 Arzoo Iqbal won the £40 beauty voucher for making the most effort to wear purple.
We had 56 people on the IWD walk  by SWF on 5th March 2017. 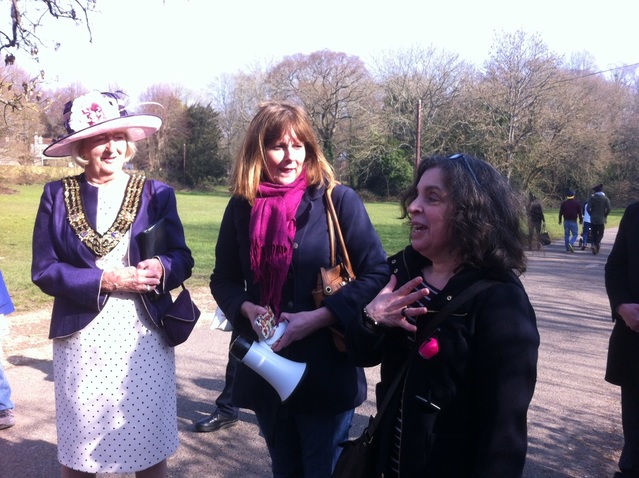 Christmas event 2015
at the 3AC from 3:30 to 5:30 on15 December 2015.
We had a talk given by Pam Watson from CLEAR who works locally to assist refugees and asylum seekers. Our theme for Christmas this year was to help refugees and asylum seekers, and we requested Members to donate new socks, underwear, gloves, hats and scarves for children and adults
& we had wonderful Christmas Celebrations.
OH!!! you missed SWF-PEACE WALK-22nd September 2015.
International Women’s Day Walk – Sunday 8 March 2015
We teamed up with Sustrans for an hour-long organised walk on Southampton Common to celebrate International Women’s Day, starting outside the Hawthorns Wildlife Centre. We had over 60 participants join us for the event!

Tuesday 22nd O﻿ctober 2013
Black History Month Film
Join us at our free movie screening to  mark Black History Month. Will be watching the'The Help'. This inspiring movie is about African- American maids working in white households during the 1960s, a secret writing project which bonds them & how they challenge racism.